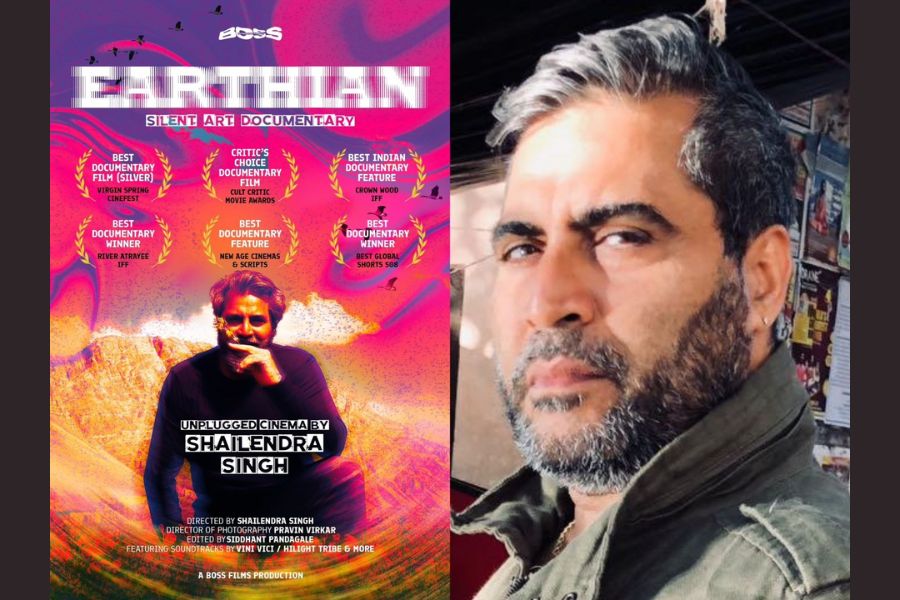 Mumbai (Maharashtra) [India], October 25: Over the course of three illustrious decades in the film – producing, writing and directing – Shailendra Singh has transformed the movie industry with a record number of ‘firsts’: his very first film, Pyaar Mein Kabhi Kabhi (1997), won a Limca Record for featuring 169 debutants in a film; Hanuman (2005) was India’s first ever animation film; Makhdee (2002) was India’s first commercial children’s cinema; Phir Milenge, starring Salman Kahn, Abhishek Bachchan and Shilpa Shetty was India’s first social cause cinema. Now, the Entertainment and Sports Guru can add a global first to his catalogue with his film Earthian – the world’s first silent art documentary.

Returning home now after a year on the international film festival circuit, Earthian wowed audiences in all corners of the globe and picked up an impressive number of international awards. To keep the momentum going and ensure that this remarkable, conceptualized content can be viewed by audiences everywhere, for free, Shailendra has released the film on his own YouTube Channel, Shailendra Singh Films. It follows in a long line of experienced creators releasing content on their own channels – maintaining their artistic freedom and controlling the distribution of their films.

Says Shailendra, “My YouTube channel is my own OTT platform. I create what I want when I want it and release it to everyone for free. Earthian has made a major mark all around the world at festivals, and now I want audiences everywhere to be able to celebrate it with me for free. It’s a very special film.”

In Earthian, we follow our nameless protagonist on a deeply personal journey to lift the veils of his own reality. Successful in business, with extra cash to spend and surrounded by humanity in the urban sprawl of Mumbai, he is, nevertheless, lost. On the fluttering of birds’ wings, he senses the promise of revelation, leaves everything behind and embarks, alone, on a journey North. With each step, from the foothills of the Himalayan Mountains and into its formidable depths, he follows the clarity brought on by the awakening of his soul – unveiling what it means to be an Earthian.

Earthian is presented by Boss Entertainment and features a soundtrack featuring Vini Vici, Hilight Tribe and more. You can see Shailendra Singh’s impressive portfolio of work on www.shailendrasingh.me.

You can watch Earthian now at: https://www.youtube.com/watch?v=mJO-qW0ApPI&t=2983s